You are here: Home / News / California’s Governor Brown Strikes Another Blow Against the Vulnerable 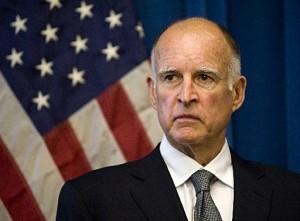 The Governor of the most populous state in the United States has signed into law a bill permitting physician assisted suicide.

The End of Life Options Act, which failed four times in committee, was signed by California Governor Jerry Brown on October 5. In his signing message, Brown made a number of gaffes, revealing he did not understand the content of the bill, the legal status of suicide or even the accumulation of evidence revealing abuse in other venues which have approved assisted suicide.

The Act gives doctors the legal right to prescribe life-ending medication to those who request it, under certain ostensibly proscribed circumstances.

In his signing message, Brown stated that “The crux of the matter is whether the State of California should continue to make it a crime for a dying person to end his life….”

Not so. Suicide is not a crime in the State of California. As the former head of the California Department of Justice, one might think Brown would be aware of this.

Equally, Brown’s signing message fails to take into account the state of palliative care, which has rendered the “prolonged and excruciating pain” he references so movingly to be largely moot.

Compassions and Choices, a pro-AS group which has spearheaded the introduction of AS laws in a number of state legislatures, has called Governor Brown’s signing this law a major win, announcing “We made history!”

“This is the biggest victory for the death-with-dignity movement since Oregon passed the nation’s first law two decades ago,” said Compassion & Choices President Barbara Coombs Lee.

Brown’s message to the Legislature states that the Act is focused on aiding people who are dying. Margaret Dore, an attorney in the state of Washington, which passed an AS law in 2008, has pointed out that persons with such a medical prognosis may have years, even decades, to live. Predicting life expectancy, writes Dore, “is not an exact science. Doctors can sometimes be widely wrong.”

Dore has pointed out that “In Oregon, which has a nearly identical definition of “terminal disease,” eligible persons include young adults with chronic conditions such as insulin dependent diabetes.”

In addition, concerns about conflict of interest have plagued circumstances surrounding assisted suicide. Those who stand to profit (potentially through inheritance) from an elder’s death are permitted, in the California law, to actively participate in the assisted suicide process. Not only may they be present at the consumption of the lethal dose, but are also permitted to participate in helping sign up the parent for the lethal dose.

This opens up the possibility for someone with a vested interest to inappropriately influence the decision to go ahead and take the life-ending medication. Reports that have scrutinized cases of assisted suicide in the state of Washington have pointed out that not all who request assisted suicide end up consuming the dose. As the California law provides no oversight for consumption, a “greedy heir” could very well dose a parent, who may be wobbling in her decision to die. As Dore points out, “If the patient protested or even struggled against administration, who would know?”

This potential for the assisted suicide laws to enable murder is exacerbated by the mandated falsification of the death certificate, to reflect natural causes—rather than suicide– as the cause of death. Washington requires the issuance of a false death certificate, ostensibly to protect the privacy of the assisted suicide. However, such falsification only obscures the facts surrounding the death and may, in fact, end up covering up a murder.

Assisted suicide is considered to produce a “slippery slope” towards outright euthanizing of those afflicted with illness or disabilities. Recent studies in countries which have had AS laws on the books, including the Netherlands and Belgium, indicate that those countries are tobogganing down that slope, warpspeed, as cases continue to emerge where individuals have been euthanized without their knowledge or consent as well as instances where psychiatric patients have been euthanized.

The disability rights group, Not Dead Yet, has denounced Brown’s signing of the law, stating that “…his failure to veto the bill amounts to a breach of his duty to protect all Californians, not just the privileged few who can count on high quality health care and the support of a loving family.”

The actual motivation behind Brown’s signing the AS law may not be as clear as his signing message indicates. California has already sullied itself in extensive cover ups of guardians murdering their wards (again, the profit motive emerges here). Those under adult guardianship constitute a similar demographic group as the target population for AS— elderly or disabled.

This cover up has contaminated the response of the California DOJ to routine public records act requests. California Attorney General Kamala Harris has issued communications stating that the DOJ will not review or prosecute crimes committed by guardians under the mantle of guardianship proceedings, a continuity of the same policy extant under former AG Jerry Brown. There is no written law allowing the AG to ignore these crimes, and requests for the legal authority giving the AG the latitude to decline to prosecute these cases have resulted in a generalized refusal of the office of the California DOJ to reply or to adhere to their legal responsibilities in honoring public records act requests.

Governor Brown has now given a wide portal for more vulnerable individuals to get off the entitlement rolls and make their way towards eternity. Given the history of California’s disinclination to enforce its own laws protecting this high- risk demographic group, we can hardly expect any prosecutions of doctors (or impatient would-be heirs) who trespass the minimal conditions provided in the End of Life Options Act and engage in what is otherwise known as murder.

Janet C. Phelan, investigative journalist and human rights defender that has traveled pretty extensively over the Asian region, an author of a tell-all book EXILE, exclusively for the online magazine “New Eastern Outlook”.

FOR IMMEDIATE RELEASE Sacramento, CA – The Coalition Against Assisted Suicide announced today they are submitting signatures with elections officials to complete the referendum drive in opposition to legislation that allows physicians to help kill vulnerable Californians. “We are very grateful to the thousands of volunteers who collected signatures in opposition to this dangerous law […]